Missouri suddenly burst onto the national scene for all the wrong reasons when a single neighborhood had about 120 children being detected for lead poisoning since 2010, making it one of the most toxic areas in the state. Flint put the issue of lead poisoning at the forefront, as its residents complained of all kinds of problems after being exposed to lead. Despite that, Flint doesn’t even rank among the most dangerous places for lead poisoning in the US! 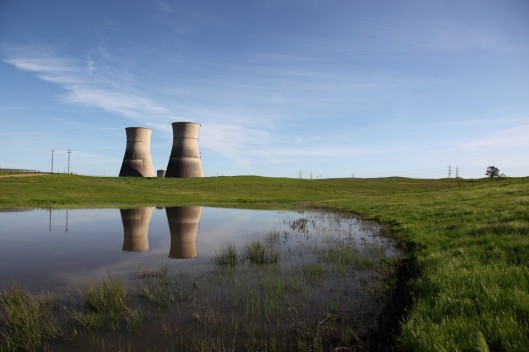 Most of these areas have fallen victim to things like old plumbing, industrial waste and crumbling paint, but they simply haven’t received any attention or funding that can help them combat this with lead replacement methods and lead substitutes. To further examine the issue, Reuters examined blood testing results at a neighborhood level. This offered a minute insight into the government’s efforts to eradicate lead poisoning, most of which have fallen way short.

Says expert Dr. Egger, “the disparities you’ve found between different areas have stark implications. Where lead poisoning remains common, many children will have developmental delays and start out behind all the rest.” The CDC estimates that about 2.5 percent of the nation’s children suffer from elevated levels of lead poisoning, and this could lead to stunted development and reduced IQ.

Most state-wide and country-wide data on lead poisoning is too broad to determine where kids face the greatest risk of lead poisoning. This is why Reuters sought for neighborhood level testing data in all 50 states. It discovered that as many as 2606 census tracts (county subdivisions with 4000 residents each) and 278 zip codes (population of 7500 each) had levels of lead poisoning that are at least two times of Flint.

Co-chair of CDC’s Lead Content Work Group, Robert Walker, analyses the case of lead poisoning. “I hope this data spurs questions from the public to community leaders who can make changes,” says Walker. The findings will help educate the public about the risks posed in and around their homes and allow officials to seek grants for the most affected areas. The average levels of lead may have dropped by as much as 90% since lead was phased out from gasoline and paint in the 70s, but that really doesn’t make a difference to kids from one of these areas suffering from lead poisoning, does it? Especially at a time when lead substitutes are easily available!

The Vicious Cycle of Lead

As many as four million children in the US fall into a vicious cycle that involves cognitive deficits which lead to high dropout rates, lesser job opportunities, poor performance in school and problems with the law. Baltimore’s Freddie Gray is an example of what the fate this toxic substance leads to. Gray lived in an old house with lead paint and was exposed to developmental problems at an early age. Gray’s home lies in an area that is subjected to shocking levels of lead. His cycle met a sad end with a spinal cord injury in the back of a police van, which caused even more problems, fueling the debate of harsh policing in black neighborhoods. And Baltimore isn’t alone. States like Cleveland and Pennsylvania have similar problems as well.

The Need for Funding

Kids around the US go untested for lead poisoning, especially in the high-risk areas. Places like South Bend, Indiana witness a sharp cash crunch, which means that lead testing is on a serious decline, even when data points otherwise. In one particular track, as much as 31% of the kids tested between 2005 – 2015 had high levels of lead, which as 6 times that of Flint in the same period. Obviously, the area also has one of the highest poverty rates in town. “We are the lowest of the low in terms of public health funding,” says Dr. Luis Galup, the county health officer. “It’s an eye-opener,” Mayor Pete Buttigieg notes of Reuters study. “The county health department does everything they can just to keep up with child immunizations and restaurant inspections,” he adds.

What’s needed is an integrated approach to tackle the case of lead poisoning, focusing on high-risk areas and trying to eliminate this issue with the help of lead replacement methods and lead substitutes. It needs a coordinated effort between federal and state officials, and that is easier said than done. That said, with increasing public awareness, and thanks to the Reuters study, new avenues of funding should open up as more and more people are made aware of lead poisoning and its dangers.

Frangible projectiles, also called soft rounds, are designed in a way that they break upon impact with hard surfaces rather than ricocheting everywhere during close-quarter action. It presents a great, much-needed change in the way bullets were made for centuries, and departs from the existing school of thought, both in terms of personal protection and range shooting. Most important is that a frangible bullet is made using copper jackets, a refreshing change from the lead bullets and all the damage and lead poisoning they bring along with them.

Jason Villalba, a Texas State Representative, approached ballistic experts and members of the Texas Commission on Law Enforcement to determine the type of ammo that would be best used as ammunition which can be used by school marshals in active shooter situations.

Even though frangible ammunition is specifically designed to break upon impact with hard surfaces, experts raised a concern that this type of bullet could easily surpass the body of the intended target or sheet rock walls and endanger anyone in the immediate vicinity.

Based on his discussion with experts, Villalba spoke about amending the legislation to state that school marshals will not be allowed to carry the ammo unless it has been specifically been approved by TCOLE. “There are multiple types of frangible ammunition…. there are a number of different types of ammo that can work and will work and are frangible,” says Villalba.

Certain experts including Ken Alexander and Buford Boone who worked with the FBI pointed out concerns about the use of this type of ammo. After all, once a bullet is fired, there is always a chance that it pierces drywall and causes unintended damage. Villalba argued that while no ammunition completely eliminates the risk of collateral damage, frangible bullets are as close as one can get to minimizing the damage and stopping the attacker.

There are several different types of frangible ammunition in the market, and experts are currently testing ammunition that can be added to the included list by TCOLE. Sgt. Wade Parham, an instructor with ALERT (Advanced Law Enforcement Rapid Response Training Program) believes that there isn’t any pistol ammo that fails to penetrate walls and breaks up at the same time. He also says that while frangible projectiles might shatter into pieces when it hits common materials used in schools such as concrete, brick or hard tile floors.

The act that brought the role of school marshal came into existence after the Sandy Hook school shooting back in 2013, and this position is given to a volunteer whose role is only known to the school administrator and local law enforcement. There are certain specifics such as frangible bullets, firearms proficiency, training requirements and mental health evaluation that needs to be taken into account as well.

Says Villalba, “We want to ensure legislation is revised so that it will maximize the safety of our children and safeguard against an active shooter, protecting our children, our students, and do everything we can to find the best way to provide that last line of defense and keep others safe in these horrible situations.”

Technology undergoes continuous change and this means that newer, safer and more effective means of ammunition are bound to crop up from time to time. Villalba’s openness to amend the legislation is good news for all as it can bring various experts together and help chart out the best way forward.

With a value of more than $13 billion, medical wearables is quickly emerging as one of the fastest growing industries. Medical wearables are cost-effective and convenient, and they can accurately keep track of things like respiratory activities, blood pressure, disease state and other functions. These wearables store data and deliver feedback for further action. Wireless communication technologies and miniature sensors are largely responsible for this development, but the growth of engineered thermoplastics has also made things easier simply because all this growth would have been laid waste if the material that was to be worn was uncomfortable.

Such is its importance that things like discomfort and skin irritation could actually lead to non-compliance. It isn’t just about compliance though. The chosen material for medical wearables needs to meet certain mechanical precursors in terms of variable temperature, toughness, strength and the ability to resist chemicals.

Even though medical wearables have become one of the most trending things today, they have actually been around for quite some time. Think about it. Eyeglasses came into being as early as the 13th century. The ordinary band-aid was invented in the year 1920. Modern-day wearables are being embedded with wireless technology and are starting to look more and more fashionable. And that makes all the difference!

The biggest expectation that people have from medical wearables is that they will work for a long period of time and that they are difficult to misuse. At the same time, they should be easy to use and comfortable to wear. Some would argue that these concerns pertain more towards design factors, but what is design without the right material? And that’s where engineered thermoplastics come into the picture. They allow manufacturers to make the material durable, safe and easy to use.

The Complexities of Modern Day Wearables

One of the most complex areas is wireless communication. There are just so many questions that need to be answered. Things like the ability to transmit wireless wavelengths and the material’s effect on data transmission are key concerns to deal with. In addition to this, the material should be resistant to chemicals and water. Water is often looked upon as an inert material, but one needs to realize that even water can cause some materials to react chemically. There are thermoplastic composite materials that such as nylon that react to water, but there are some that don’t cause any reactions either. Moreover, the presence of water as well as its source (sweat, body of water, rainfall, etc.) can also affect the material’s performance.

There are all kinds of tests for bio-compatibility and skin exposure that need to be fulfilled before a material can be used in medical wearables. This makes the cost vs. performance factor even more important. Thanks to the growth of engineered thermoplastics, there are low-cost materials and other high-end materials to choose from, both satisfactorily meeting performance and design expectations. Common low-cost materials include polyolefins while nylons and polyesters are usually used as high-end thermoplastic composite materials.

The medical wearables market is sure to expand over the next few decades as new innovations make it easier to combine comfort with performance and continue to make designs more fashionable than ever before.