Radiation shielding is both an inherent by-product of many technologies that we depend upon, and also a great threat to human health and safety. While radiation exposure is in some ways inevitable, we are exposed to radiation every time we step outside in the form of UV rays, radiation can nevertheless pose significant health risks. Ionizing radiation can damage the chemical bonds between molecules and even damage the DNA of the affected cells. Moreover, exposure to ionizing radiation is known to increase the risks for cancer. Radiation causes micro damage to the living tissue that result in skin burns. Continuous high level exposure to radiation can lead to radiation sickness which includes cell damage. Even low level exposures can cause damage if the time of the exposure is significant. Beyond the health risks posed to humans, radiation can also have detrimental effects on the environment.

Various methods are used to protect individuals and the environment from the harmful effects of radiation, otherwise known as Radiation Shielding. Radiation shielding is the preparation or discipline of utilizing methods and materialsto protect the living forms on earth from the dangerous effects of radiation. Some materials are better suited than others to act as a ‘shielding’ material, whereby the radiation is either mitigated or absorbed by the material, thereby lessening or preventing some of the dangerous rays from transmitting. Effective radiation shielding materials are generally those with high densities, with lead being the most commonly used shielding material to date.

Today, we utilize many important technologies which produce radiation, such as nuclear power plants, medical x-ray procedures, and many more. In such cases, it is extremely important to utilize effective radiation shielding materials so as to still be able to use the necessary technologies while minimizing the damaging effects of the transmitted radiation.

Density is another aspect which greatly affects a materials’ shielding effectiveness. Because of its high density, and because it is a relatively abundant and cheap material, lead has been used as the radiation shielding material of choice because it is particularly good at absorbing damaging rays. With that said, lead is associated with its own health risks, and as a result there is growing demand for lead-free shielding materials. 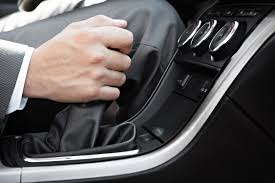 Damping is the act of reducing or preventing the movements of an oscillatory system. If a system is fully damped, it means that the oscillations, and their resulting vibrations, have been fully eliminated. More often, dampening does not eliminate the oscillations entirely, but enough such that the remaining oscillations cannot cause damage to the system, or create excessive noise or vibration. Every oscillatory system possesses energy. This energy takes the form of vibrations and noises, which if not limited or controlled, have the potential to damage parts of the system. For example, a piece of heavy machinery often produces large amounts of vibration and without any measures taken to dampen that vibration, the machine could be subject to increased wear. Therefore in such systems steps have to be taken to dampen or prevent vibration completely.

In cases where reduction in oscillations is achieved without altering the source of the vibration, such as a motor, dampening is said to have occurred. An oscillatory system can be over damped, under damped or critically damped. In either of the three states, the system is left with a frequency of oscillation that is less than the original oscillatory frequency if no damping were to occur. In special cases, the system can also be left undamped in which case it retains its original resonance frequency.

There are numerous tests that are carried out before the optimal vibration dampening material can be chosen. If there were no measures taken to dampen the system, there could be serious consequences during flight if the control board was exposed to very huge external vibrations. Another practical application of dampening is in the prevention of vibrations in a hydraulic system. Both external shock and vibrations can have an impact on the performance of a hydraulic system. Hence there are needs to dampen vibrations at all costs in such systems. Similarly, there are also certain electronic devices that cannot function properly if they are not shielded from external vibrations. For example, some electronic devices found on a car may not function properly if they are not shielded against the effects of external vibrations. Generally speaking, proper vibration dampening protects components of a system from any vibration that is produced by the system, thereby improving performance and shelf-life of the system in use.

Vibration dampening is also important from a noise disturbance control perspective as well. In areas where sound can prove to be a problem, its waves can be dampened through the use ofoptimal vibration dampening materials. There are many materials that can be used to dampen vibrations. Some of these include polyvinyl chloride and some visco-eslastic liquids which are commonly used to prevent the effect of sound vibrations on certain operating devices.

Frangibility refers to the ability to break apart when subjected to external pressure. This is a property that is possessed by any material. Certainly any material will break apart when subject to enough pressure, the question is how much pressure does a specific material require before breaking apart? Some materials tend to exhibit frangibility at very low value of external pressures and as such they are referred to as “frangible materials,” and are used accordingly. A good number of materials exhibit this property. One application in which frangible materials are sought after is in ammunition, where frangible projectiles are sought as ideal lead replacement alternatives to standard rounds for training purposes. In such cases, the bullets are designed to fracture upon impact with a hard target which is ideal for training purposes given that it eliminates ricochet risk. The use of frangible bullets is a recent development and has grown in demand as the push for lead-free bullets and green ammo grows given the increasing regulatory restrictions on the use of lead.

Why are frangible bullets even important? Perhaps you are wondering why anyone would go to great lengths in a bid to come up with a bullet that is capable of breaking apart upon impact with a hard surface. But, there are numerous reasons which support the need for frangible bullets. First of all, these rounds completely eliminate any risk of ricochet from impacts with a hard surface. A good number of police forces across the globe saw the need to introduce such bullets in a bid to eliminate shooter risk in training exercises, particularly for close-quarters combat training. In special cases, the main reason for firing a gun is not cause collateral damage to the victim. Thanks to bullets that are frangible in nature, law enforcement and military personnel can develop more training exercises without needing to worry about the risk to the shooter.

Perhaps you are wondering how widely adopted frangible bulletsare. Frangible bullets are now widely available in a number of different calibers and rounds including 5.56mm, 7.62mm, 9mm, 40 cal, and much more. Such bullets can be used during training exercises where simulation of a real combat is the key. Moreover, the use of frangible ammunition in such exercises greatly increases the overall safety of the exercise.

Additionally, unlike most of the lead bullets that are used during combat, frangible bullets are nontoxic.Frangible bullets are also considered lead replacement rounds and pose none of the health and safety risks associated with lead. Such bullets are often made from composite materials, either of a plastic and metal combination or of a metal composite.

For example, combining a high impact-strength material with one which does not corrode easily will produce a high impact-strength material that does not easily corrode. In general, material combination is based on highlighting one or more characteristics of two particular materials. For example, two materials where one is resistant to corrosion and another resistant to tear and wear can be combined. The resultant composite material would be both resistant to wear and corrosion.

There are many examples of composite materials that are currently available today. A good example of widely used composite which has been in use for centuries is bronze, a composite of copper and tin with some additional elements. This combination produces a material which possesses physical and chemical characteristics that are shared between its constituent substances. It is harder than copper and is for example often used to make statues because unlike copper it does not corrode when exposed to air. There are also ceramic composites which also include silicon dioxide mixed with other substances to come up with a material that can be used to make floor and wall tiles. Another category of composites is thermoplastic composites which is comprised of a thermoplastic combined with another material such as a metal powder to increase density, or a glass or carbon fiber to increase the material’s strength.

Composites can be used in an enormous variety of application. For example, cement is a composite material made up of sand, cement and aggregates, and is in fact the world’s second most consumed substance behind only water. The usage of concrete is based on its final properties which are as a result of its constituent materials. Reinforced concrete is another example of a composite material that is used on a very large scale in the construction industry. It is mainly used to enhance the tensile strength of concrete. Other composite materials are plywood, fiber-reinforced polymers and glass which has been reinforced with fiber or plastic.