Radiation is used in x-ray devices, nuclear power plants, industrial systems particle acceleration, and radioisotope projects, among other applications. With these examples, the radiation is a byproduct of a technology that we use such as x-rays. X-ray technology has offered nothing short of a revolution in medical science, however, they still produce harmful radiation and as such should be treated with care and caution. With that said, radiation protection is certainly achievable and there are many materials and measures that can be taken to minimize the harmful effects of radiation. Radiation can also cause damage to electronics or photographic film and as such these products need to be properly shielded from radiation as well when applicable.

The principle behind radiation shielding is attenuation which reducesthe effects of a ray by blocking penetration of particles from passing through a barrier material. Charged particles react by electrons in the barrier material resulting in attenuation. Indirectly ionizing material are attenuated through photoemission, scattering or production of pairs. Major types of radiation include;

Neutrons – particles with neither a positive nor a negative charge.

Factors to consider in the selection of a shielding material include: cost effectiveness, their strength, ability to resist damage, thermal properties, and their efficiency of attenuation.

Shielding of gamma and x-ray

High density is preferred over low-density materials when shielding of gamma and x-ray particles. A general rule of thumb is the higher the material density, the more effective it will be in use as a radiation shielding material. The high atomic number of lead makes it appropriate in shielding this type of radiation. The degree of shielding can also be improved by increasing the thickness of the barrier material, however, some radiation can nevertheless penetrate through the barrier.

Shielding of alpha and beta

Thickness is not of importance in blocking this radiation. Plastic or a piece of paper can be used in blocking this type of radiation. Lead, however, is not efficient in blocking beta particles because they are capable of producing secondary radiations when passing through a high atomic mass and high density material.

Neutrons possess no charge and are thus capable of passing through high-density material like lead which are ineffective in blocking them. Neutron radiations are effectively blocked by elements with a low atomic mass.Elements with a low atomic mass can form cross sections that are capable of interacting with the neutrons. The preferred shielding materials for neutrons are hydrogen and hydrogen based materials. Compounds that have a high percentage of hydrogens in their structure, for example, water, are the most preferred. This is because they are relatively cheap and are efficient in their shielding properties. However,when shielding neutrons with low-density materials gamma rays can be emitted, hence when blocking neutrons it’s important to incorporate both low and high atomic number elements. The low-density elements block neutron by elastic scattering while the high-density block gamma rays through inelastic scattering. 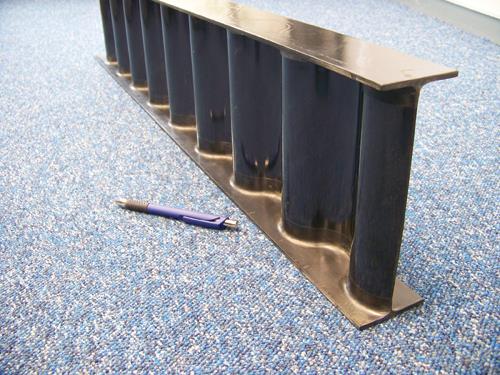 A thermoplastic is a polymeric material that can be shaped into a viscous material at a temperature either higher than its transition temperature or a temperature above its melting point. Thermoplastics can be made up of a long, linear or branched materials which are separated away from each other chemically.

Production of composite materials does come with its own challenges such as a time-consuming or expensive production process, and potentially higher scrap rates. Thermoplastic composites have proved to overcome this problem as they are tough, stiff, and cost effective as they can be recycled.

When discussing thermoplastic composite materials, generally speaking the composite material will consist of a standard thermoplastic base resin which is combined with some other additive or constituent such as a metal powder, or carbon fiber. The purpose of the added constituent is to add or improve a specific physical property such as increasing impact strength by adding glass fiber. 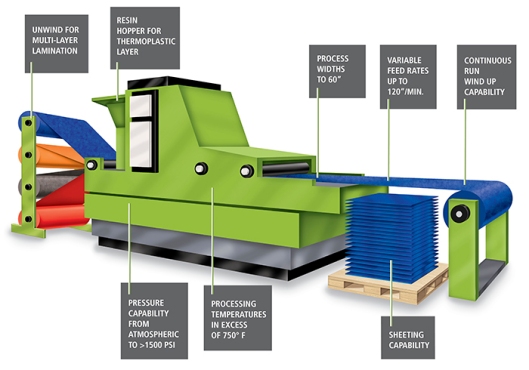 Thermoplastic composites have several advantages which include efficient heat tolerance, longer half-life, relatively cheap, non-toxic and very low toxic level. They are also reusable, machinable, and flexible for shaping and reforming. Thermoplastics composites are also stiffer compared to other injected molded plastics. Other features that make the thermoplastic composites more useful is that they can be compounded to result in a material that is tougher and lighter compared to aluminum.

Thermoplastic composites have become of great importance in use in the aerospace industry. Use of carbon fiber reinforced plastic (CFRP) has become of great benefit in the production of aero crafts. Carbon-fibre reinforced thermoplastic are formed by compounding the carbon fiber directly into the base resin to result in an easily processed material that can be formed to shape. The resultant material is made to the right size and can consist of up to 60% by volume carbon fiber and 40% by volume resin.

A thermoplastic CFRP has great tolerance to fatigue and damage, it takes a shorter time to manufacture and has low moisture absorption properties making it appropriate for an aerospace environment.

Aircraft companies in particular are using more and more thermoplastic composites given their enhanced durability and their optimal strength to weight ratio.