At long last, primary suspension springs made from thermoplastic composite materials make their way into the world of automobiles. Motor Speedway Resort recently hosted an SCCA Majors event which showcased a purpose-built vehicle highlighting the use of high density materials in automobiles. Branded as a 1987 Honda CRX, the vehicle has become the first automobile to use reinforced thermoplastic composite materials as its primary suspension springs. 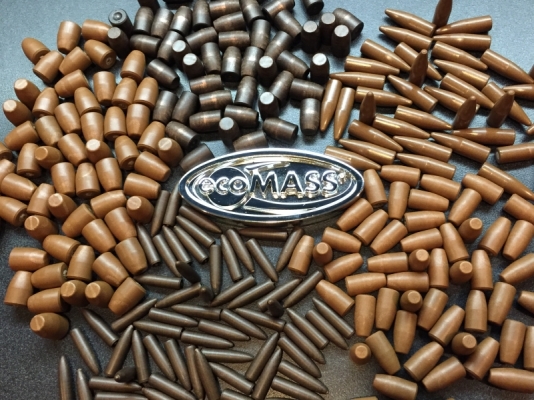 “We strongly believe that reinforced thermoplastics offer an excellent opportunity in automotive light weighting applications”, says the president of Poly strand Inc., Ed Pilpel, citing their cost effectiveness and speed of processing. The car featured a reinforced PP front splitter as well as hybrid interior sandwich panels created by bonding stainless steel and aluminum. The splitter played the role of an aerodynamic support.

The upper control arms and springs used in the independent radar suspension system were created using nylon 6 and were reinforced with PPG Industries TufROV 4510 continuous e-glass. The springs themselves were compression molded using a tape made from high gravity compounds at the Birmingham School of Engineering, University of Alabama.

“We experience several teething problems in this first outing, chasing minor electrical and braking problems during the event that prevented us from finishing the races”, said Pipel. However, the automobile managed to maintain its second-place spot while it was in competition thanks to an exceptional suspension system, which was further tested on the rough race track. Reports also suggest that the vehicle maintained great traction at high speed and offered excellent handling balance as well.

Despite a few shortcomings (expected in the teething stage), the success enjoyed by the 1987 Honda CRX augurs well for the automobile industry. It goes on to show the importance of high density compounds and thermoplastic composite materials in the world of automobiles and simply proves how indispensable these materials are to the growth and development of the industry as a whole.

Stay tuned as Ecomass Compounds brings you the latest news from the world of high density materials and helps you stay aware of how these materials are changing and improving your everyday life.

You’d think of Q’s inventions as urban legends, specifically created to make James Bond movies seem larger than life, but many of those legends could turn out to be the future of ammunition. Just take a look at the Radically Invasive Projectile (RIP) bullet for inspiration.

The RIP bullet uses a standard metal jacket, but its nose has been split into trocars which open up and split into different directions upon impact, shredding anything that comes in their way into pieces. These frangible bullets have been marketed as the ‘last bullet you’ll ever need’ and the ‘premium self-defence round’, and rightly so.

The Dawn of a New Era

To truly understand the future of bullets and the projected role of frangible projectiles, you need to take a look at the latest trends in the world of ammunition. The RIP technology has been around for a while, but it’s only now that new concepts are coming up. Consider the MIB bullet for a moment. This isn’t a bullet that waits for impact to split up. It comes with a main core and three parts that are joined to the core using a string. So as the bullet leaves the barrel, the petals break off, moving into different directions, giving you a far wider zone of impact. Technology has dramatically helped in creating these bullets as experts resorted to the use of CAD software to build new prototypes.

The good thing about these frangible bullets is that you shoot to kill, pretty much like Bond himself. Often called the finger of god, these bullets are sure to kill anything that comes in their way. They are made from copper which allows them to retain their shape for a longer period of time, and the absence of lead saves you and the environment around you from the horrible dangers of lead poisoning. ‘They really changed the game’, says Phil Massaro, a pro hand-loader, and thousands others echo his sentiment. Recent developments also allowed for reforms that not only prevented fouling, a common issue with all-copper bullets, but also helped to improve shooting accuracy.

Frangible ammunition has often been accused of over-killing. However, if ammo is instantly lethal, it has a far better chance of killing gently and quickly. Yes, it expands and the shredding fragments cause havoc in their wake, but ultimately, the target suffers less and dies faster. This certainly sounds great when you’re talking about hunting. The animal suffers less and the environment doesn’t have to bear the cost of a lead-based projectile. However, it does pose an entirely different problem when considering human situations, because often, innocent bystanders get in the way.

The Not So Good

Despite their advantages, frangible projectiles are sure to come under criticism for the simple fact that they ‘look expensive’. The RIP bullet sells for $45 a box which contains 20 9mm bullets, while you can get 50 regular ones for just $20. However, when you compare the cost to the long-term damage caused by lead-based ammunition, it really does seem to be worth it, doesn’t it!

The future of bullets is rapidly changing and it’s incredibly difficult to predict the developments that may take place over the next decade. Experts predict to witness a greater demand for frangible ammunition as the world tries to move beyond lead, but the real action should start once manufacturers manage to combine the best of monolithic and frangible technology and weaponry starts catching up with the advancements seen in the field of ammunition.